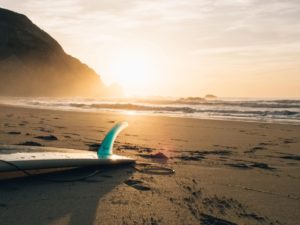 I had a troubling night last night, talking with my 7-year-old son about death.  He couldn’t fall asleep and couldn’t get dying out of his head.  Here were some of his comments (with full-on tears, of course):

I know — me too, buddy.  I don’t know where his thoughts originated, but they shook me pretty well.  How do you answer your son’s questions about dying and death?  Do you share with him the realistic expectation that you’ll both eventually die, wth you probably dying 30 years before him?  Do you lie, telling him that the two of you will be together forever?

If we had a stronger religious orientation, that might provide a good solution.  “Don’t worry, son, you and I will be together forever in Heaven.”  I understand how comforting that may be for him, but I am resisting the urge to push him either way on religion — it is truly an issue I want for him to resolve for himself over time.  I figure his Catholic school during the day can give enough of the Heaven side of things.

The next morning: same questions in the car ride to school.  “Dad, I’m worried that I’m going to pass at school today”. “Pass?  You mean pass away?”  “Yea, I’m worried I might die at school today.”  I tried to explain that he has 90+ years to go and that dying at school would almost certainly not happen.  But he persisted: “I’m sad that you’re going to die before me.”  Talk about shaking me up.  I assured him that neither of us will die for a very long time and that we have so many years together it’s not worth worrying about.

I switched away from logic and more toward emotion.  I told him to let go of the bad things and to focus on things he is thankful for.  “Let’s talk about a few things that you’re thankful for, buddy.  Your Mom, your Dad, your brother + sister.”  “Think about how much fun we’ll having this coming weekend on our next stay-at-home day”  “Focus on the good parts of your day.  What will be your favorite part of the day?”  But I can’t seem to reorient his thinking.

Yet all of my responses leave him unsatisfied, at least that’s what is evidenced by his tears.  What’s a Dad to do?  I can be a constant in his life — Loving him, Supporting him, Teaching him — and I can continually assure him that we have a long life ahead of us together.  I slept with him in his bed last night.  Like any Dad, I want him to feel more joy than pain, more safety than danger, more certainty than uncertainty.  It’s hard to see him get so torn up about death and dying, with a barely-developed pre-frontal cortex that gives him just a slice of understanding.  I dropped him off at school without resolving the issue, with a few more tears and a torn heart.  He’ll do okay today, I’m sure of that, but I worry about him like any parent does.

Parents of older children keep telling me that it doesn’t really get easier as they grow up.  Older children present different challenges, more complex emotions, and maturing of a child into adulthood.  I’m starting to get a glimpse into this…  Note to self: hang in there, Dad, you’re doing the best you can.