Take a moment to imagine your kitchen before having kids.  It was probably spotless.  Crystal clean.  Glowing, even.  You could probably see your own reflection in the floor.

Now, take a look at your kitchen today.  “Yikes!  Yuck…”  At least, that’s how it feels in our house sometimes.

We had a cleaning crew come to the house just this morning. We pay a small fortune to have the house cleaned weekly by three lovely ladies who come every Tuesday — a result of intense spousal negotiations after my wife started her residency program. The house stays clean for, oh, about 5 hours, right up until the kids get home from school. 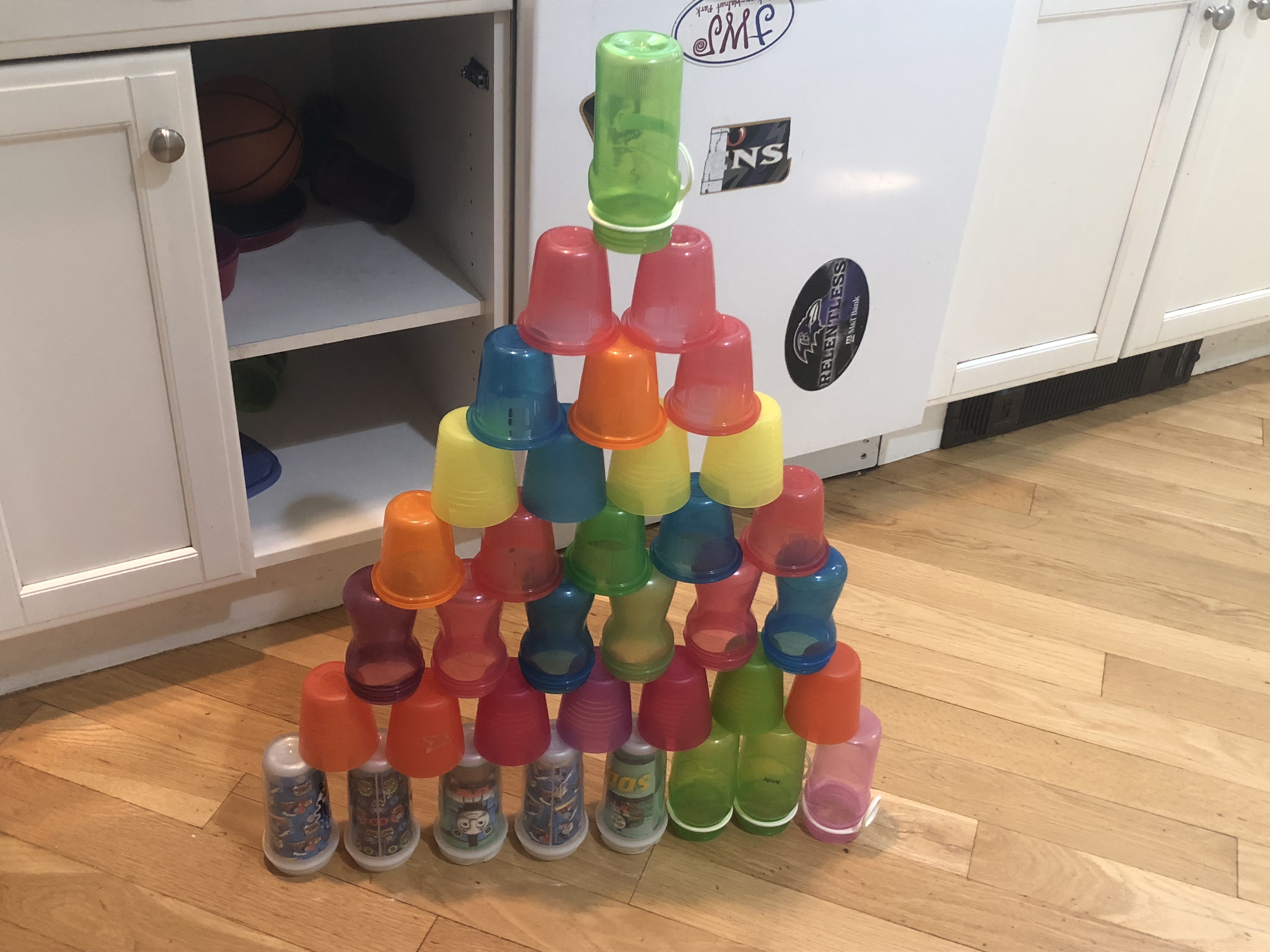 At least we can’t fault them for lack of precision

Here’s a shot of what our kitchen looked like just hours after it was all cleaned up, with labels below: 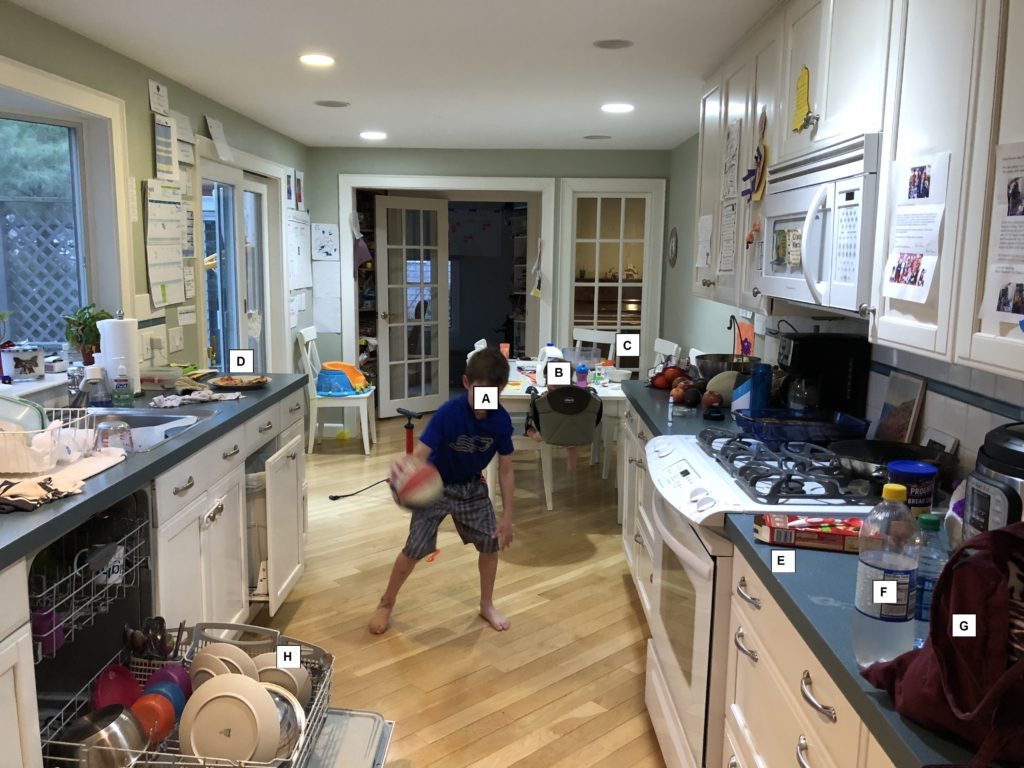 I should have taken a picture of the kitchen just after it was cleaned.  I could have created one of those side-by-side activities from Highlights Magzine, where you try to identify the differences in the pictures — “Before and After.”  Unfortunately, in this house, you might not even recognize them as the same scene.  It would be more like, “Who can identify the most differences in 10 seconds or less?”  “I got 36!”

Don’t forget to view the kitchen from the other angle: 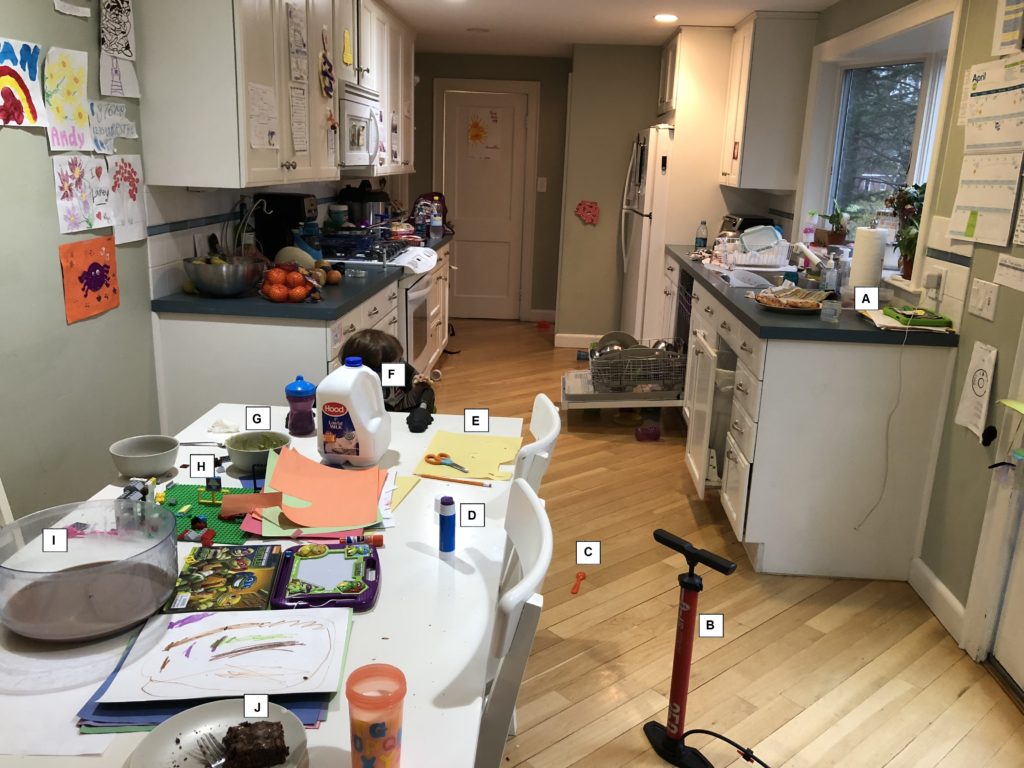 Let’s just say that we’re not winning any awards for the cleanest house on the block.  Even when I try to keep it clean, which I actually do, it seems to get messier faster than I can clean it up.  It’s like the children are following me around, making the clean path behind me dirty again.  I’d put us up head-to-head against Calvin and Hobbes any day of the week: 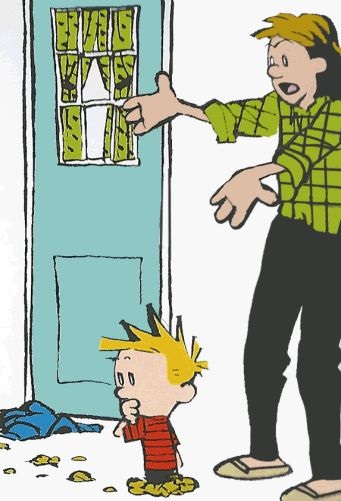 This would be funnier if it weren’t so true
Source: Pinterest (DeAnna Anton)

We have come to accept a certain level of chaos and clutter in our house (our “Chaos House,” as my oldest son likes to say), and, while it occasionally drives me bananas, I’ve learned to accept it (most of the time).  Here’s an actual sign posted on our microwave: 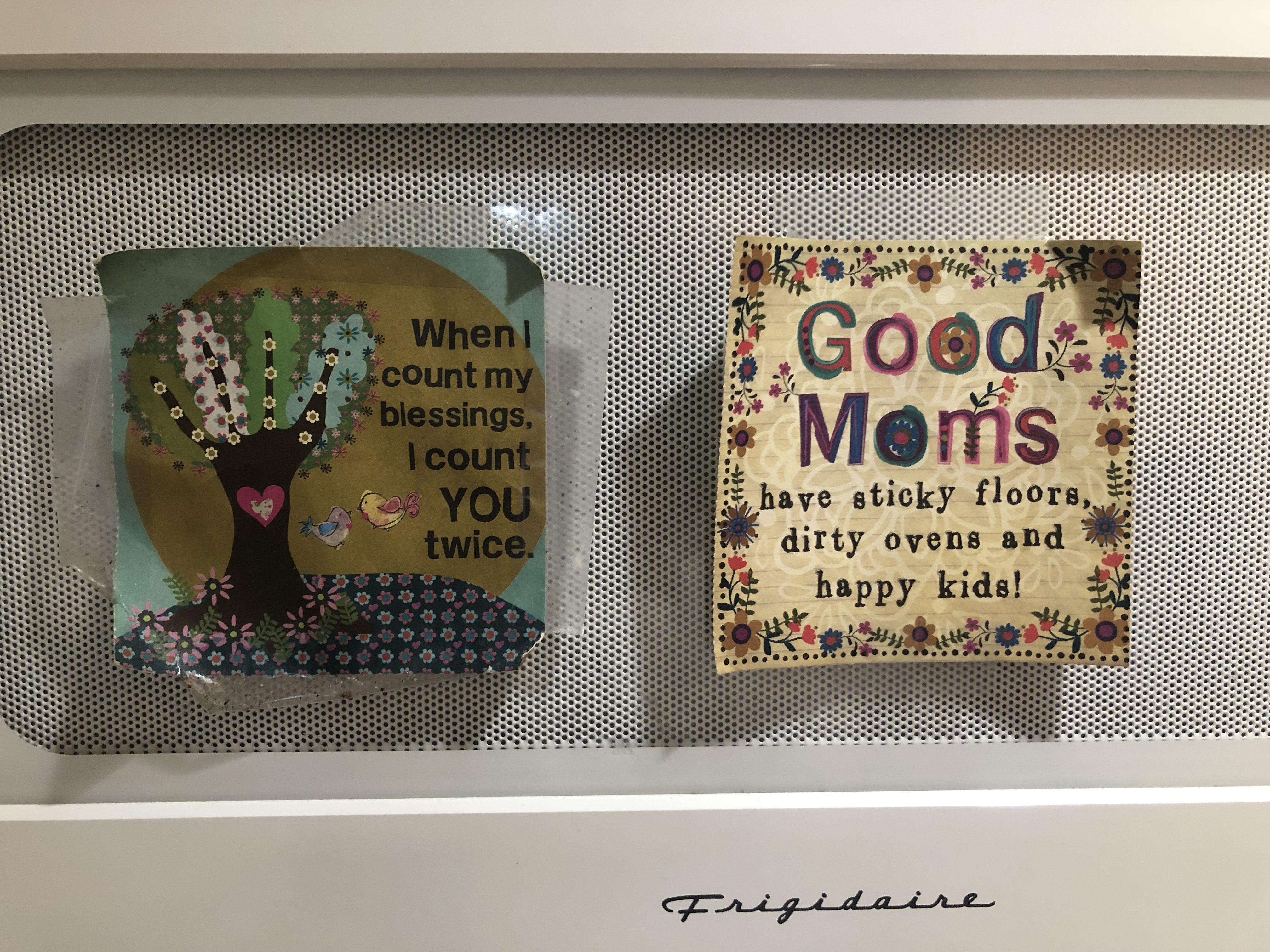 Here are some thoughts for dealing with a lack of cleanliness in a home full of young kids:

1. Laugh.  Don’t take yourself too seriously.  Try to laugh about it.  If you can’t laugh and embrace the chaos, you’re going to have a hard time with parenting.

2. Let it go.  Let’s face it, this battle is uphill both ways.  We’re not going to get the house to be perfectly clean like we did when we were single or married without kids (which, for us, lasted all of about 9 months).  Let it go, and worry about other things.

3. Teach rather than blame.  Don’t blame the kids for messy habits.  They’re learning, and they don’t understand why you need to keep the house so darn clean.  Instead, teach them to value cleanliness and to clean up their own messes.  The best progress we’ve made so far is when a child says something like (true story): “You know, I kind of like my room clean.  I’m gonna keep it that way.”  And then the clouds opened up and God said, “That will last for about 1 day.”

4. Put responsibility on the kids.  Let’s face it: kids clean less than you do because they care about being dirty less than you do.  To counter this, I frequently put responsibility on the kids by threatening to confiscate or get rid of toys left on the floor.  But you have to be willing to follow through.  When I say, “If you leave that out, it’s going in the trash!” they know I’m serious because I’ve trashed enough puzzles, Legos, and prized toys — sometimes temporarily, sometimes for good.  They take me seriously because I’ve followed through in the past.  The tears were painful, of course, but worth the credibility I now have when threatening to confiscate toys next time.

5. Get help.  If you’re fortunate enough to afford it, it helps to find some cleaning support, especially if both parents work.  Once a month or every other week should be enough for most families.  My own mom used to constantly remind us to pick up after ourselves because, after all, “We don’t have a maid in this family!!”  Unfortunately, I can’t use this excuse on my kids because we do have maid service — or, at least, weekly cleaners.  Bottom line: cleaning support is low-hanging fruit to make your life better and keep you and your spouse happy, healthy, and productive in your careers.

Parting words: There’s no easy answer to a cluttered house when you’re handling four kids and two careers.  Let it go.  Pick your battles.  You can have a spotless kitchen again 18 years from now.

Current Project: “The Cups” in the McDuff Kitchen 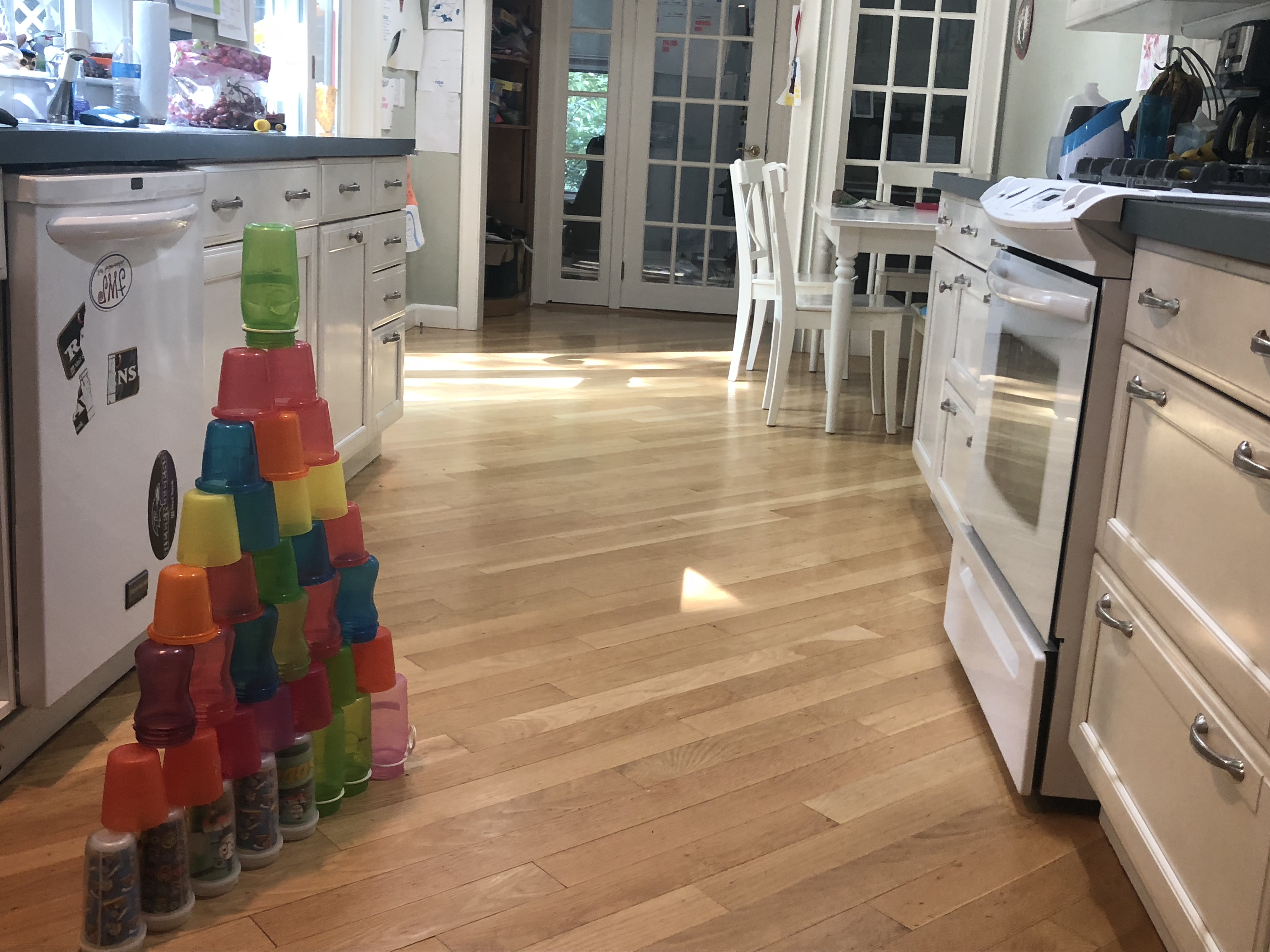 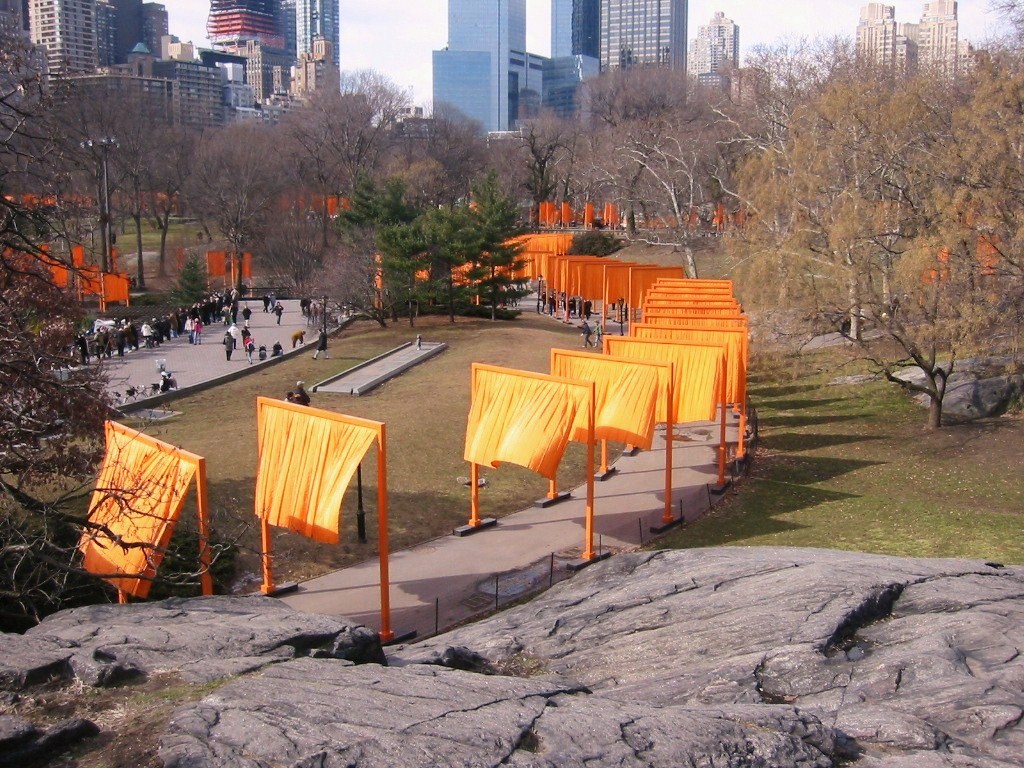 Readers: How do you deal with mess in your house?  How strongly do you take on that battle, versus letting it go for other battles and priorities?