There’s a bull market going on in U.S. domestic real estate.  Have you noticed?

I know, I know.  Home prices took a beating from 2006 – 2012, but then have risen 10-40% over the last 4 years in most markets.  Prices may feel “frothy” because you see people bidding for homes and driving up prices.  But looking at the long-term picture shows that, rather than being frothy, housing markets are still in the midst of a long-term up trend.

Take home prices in my current hometown in Boston: 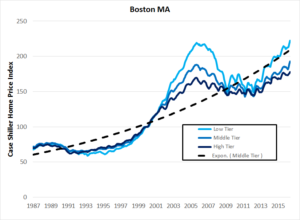 A couple of observations:

Emphatically: No, this is not a bubble.  People love to throw around that term.  But if currently used to describe domestic real estate, they are wrong.  Just because prices are 10-30% higher than you remember them 3-4 years ago (very true in most U.S. markets) does not mean that they are incorrectly higher, or somehow speculative as a result.  Look at the longer term trends in the charts below this post to see.

On the downside, I see two primary risks to housing, but on both of which I’m cautiously optimistic that the risks are low:

See below for some charts from the Case-Shiller housing indexes across the country.  These indexes are my favorite measure of home price appreciation since they use a repeat-sales methodology — compiling pairs of sales of the same homes over time, thus controlling for quality (and taking account of any improvements) — and thus show real appreciation rates.

A couple of observations: 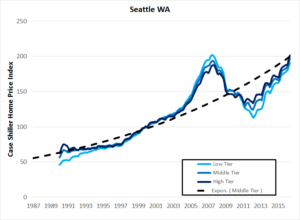 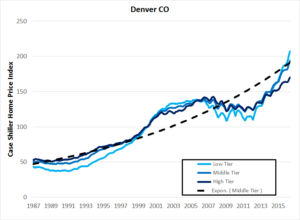 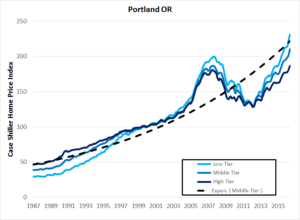 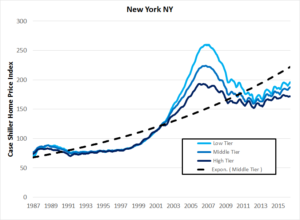 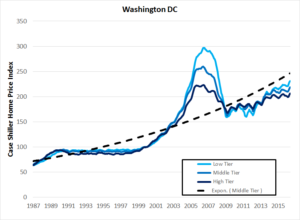 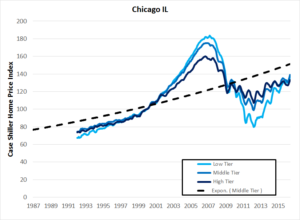 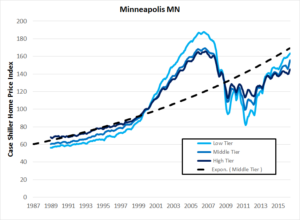 Key question: how much longer will it last?  I’m not 100% sure how long this bull market lasts, but I don’t think it’s over.  Maybe we’re halfway through.  Maybe we’re 5 years into a 15 year cycle.  But all things considered, I think we will look back on this time period as having been a great time to increase assets in real estate. 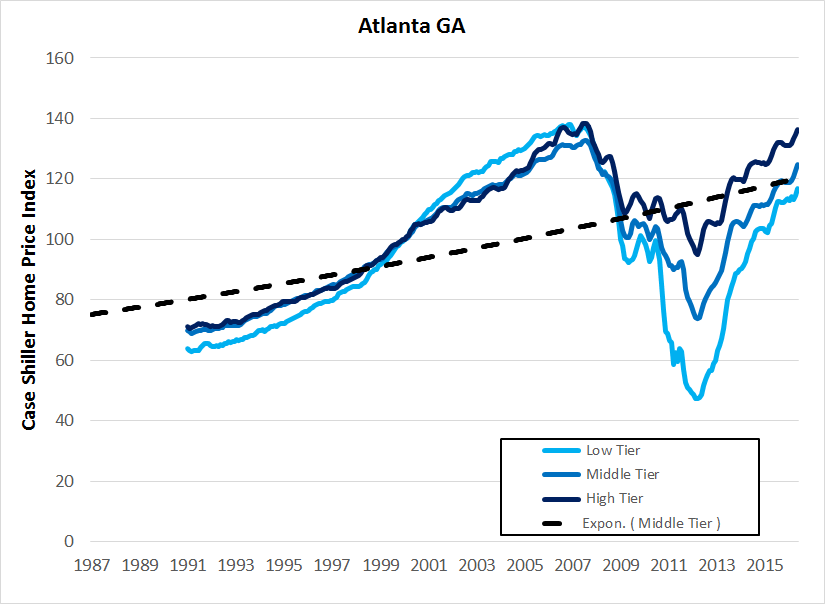 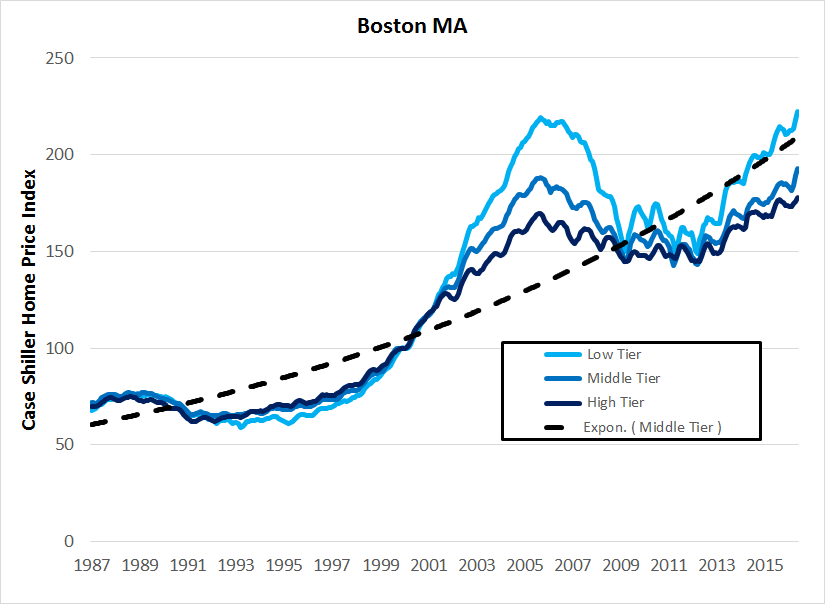 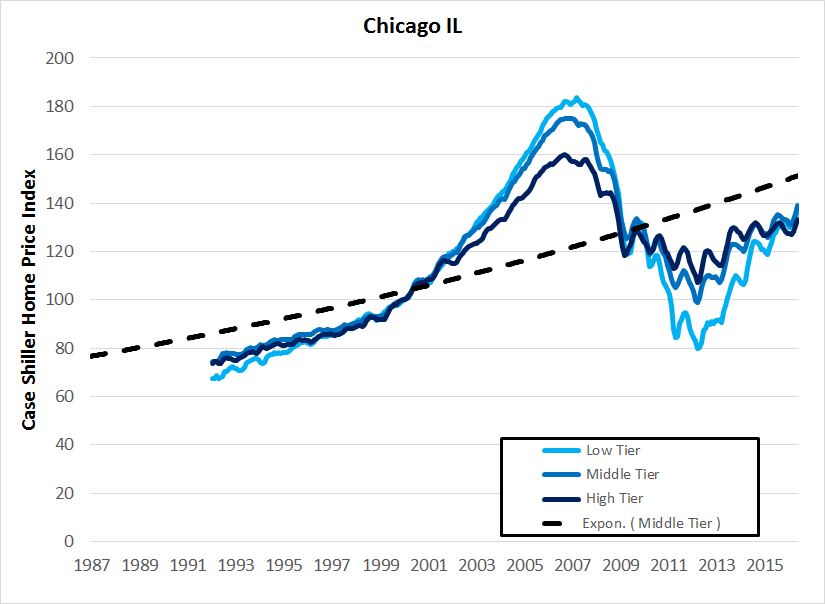 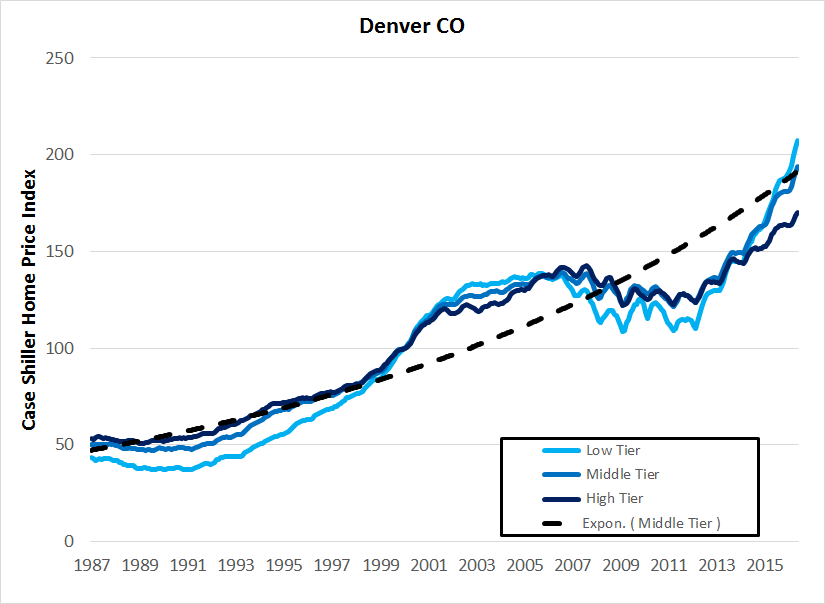 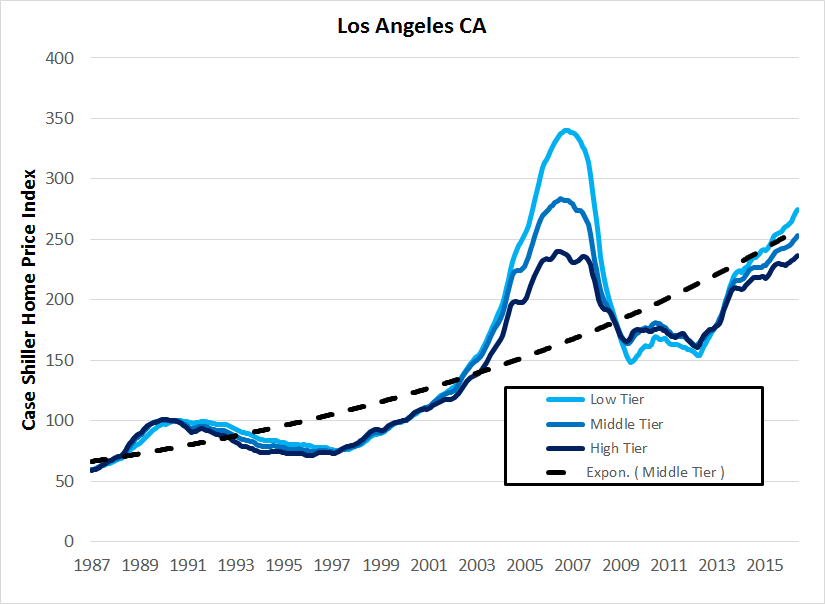 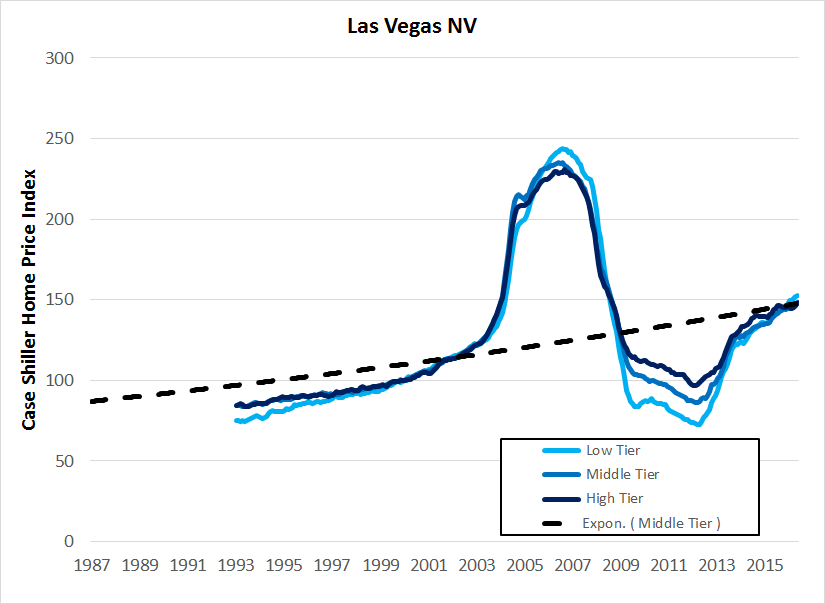 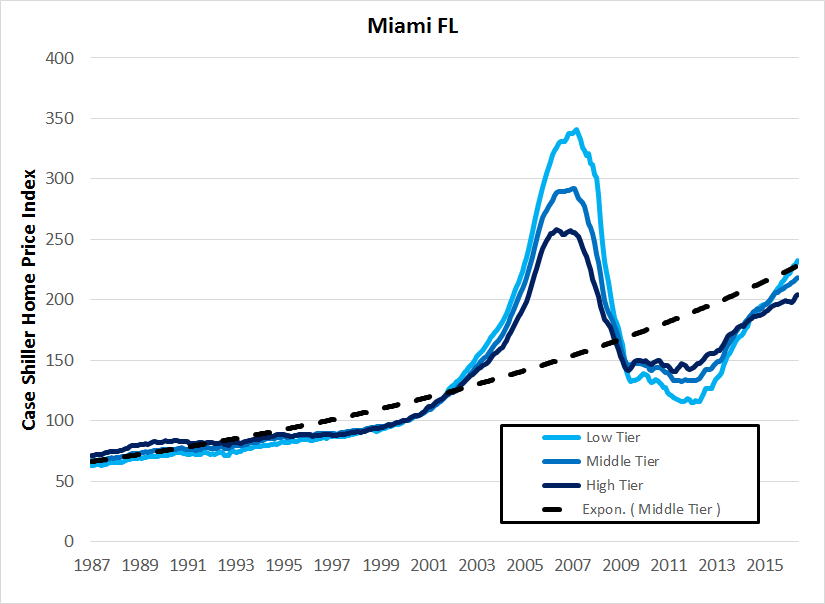 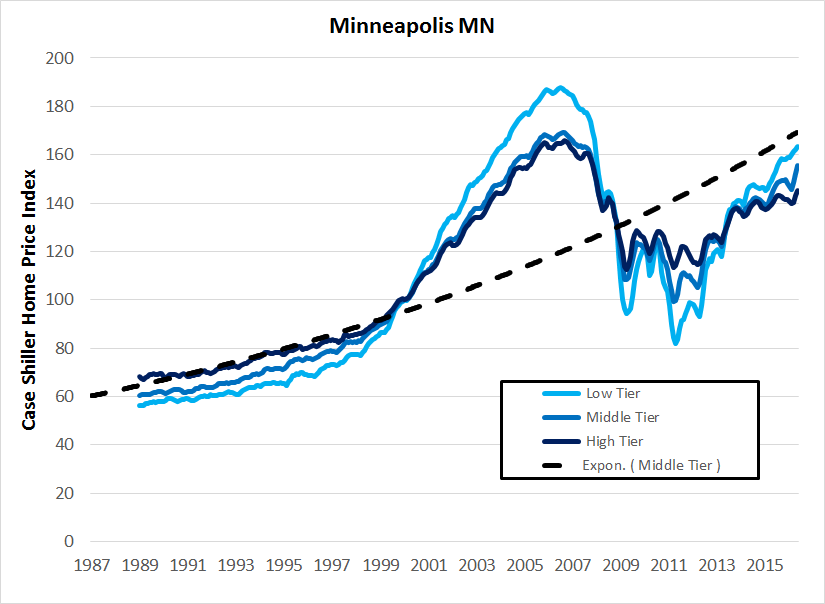 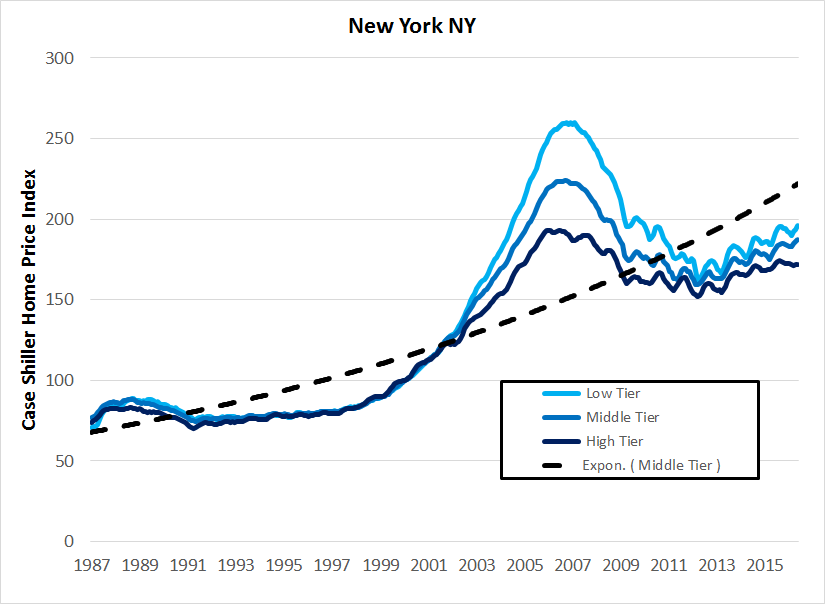 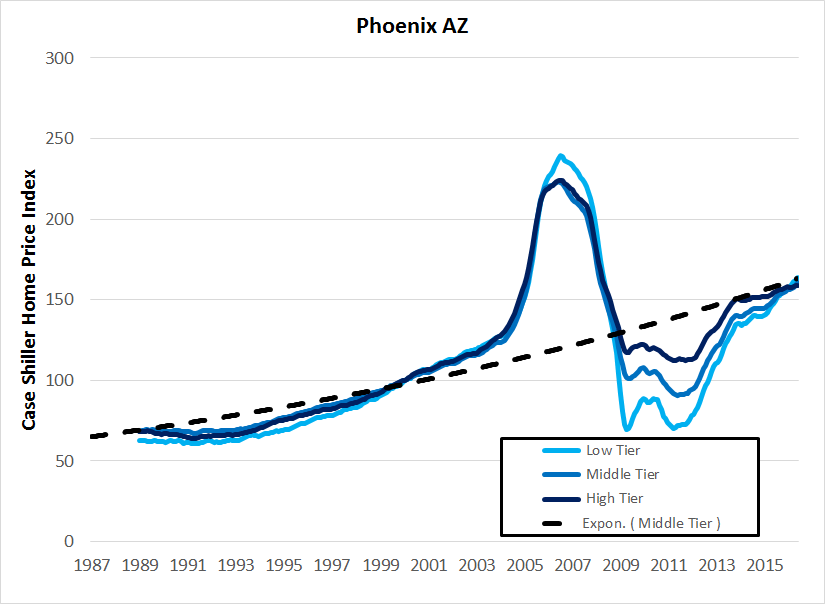 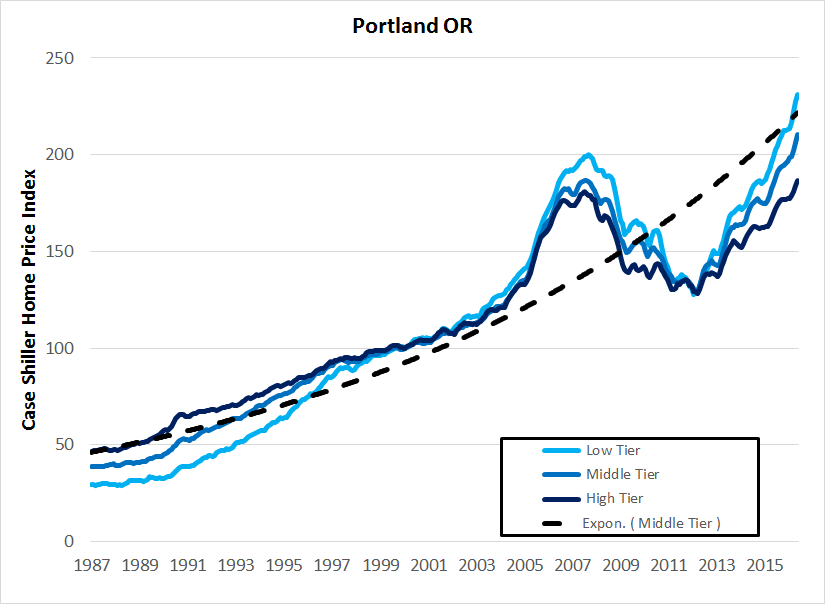 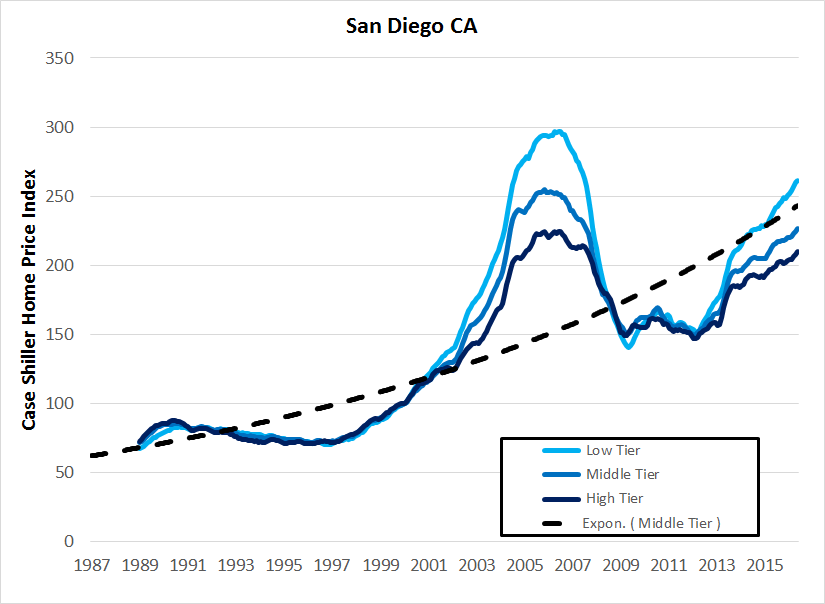 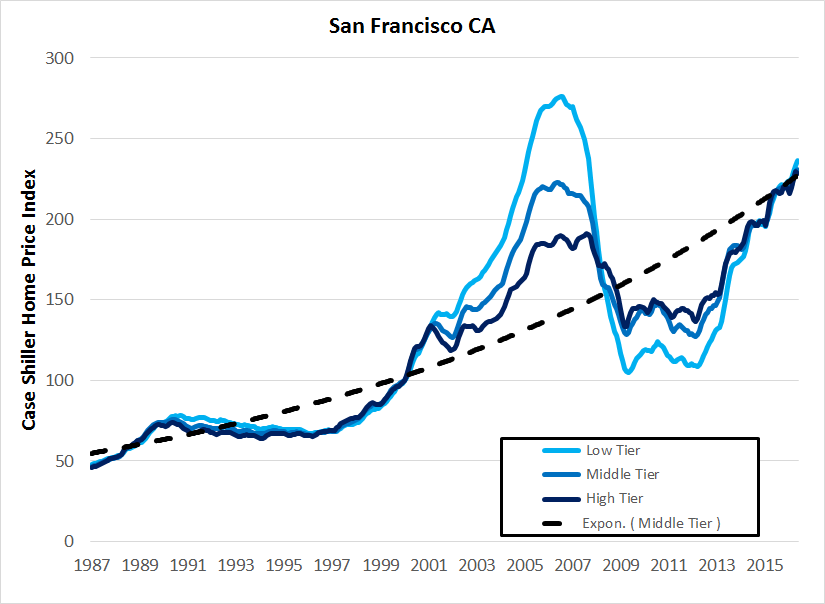 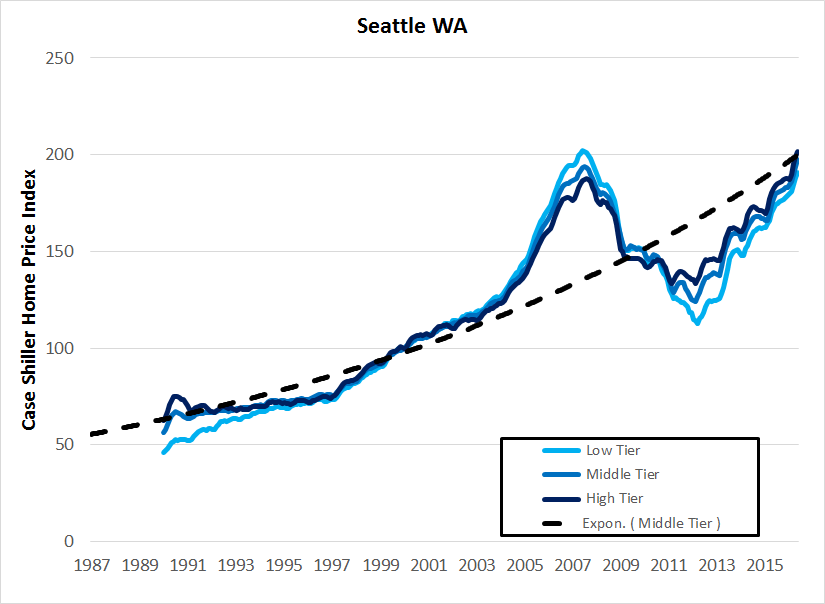 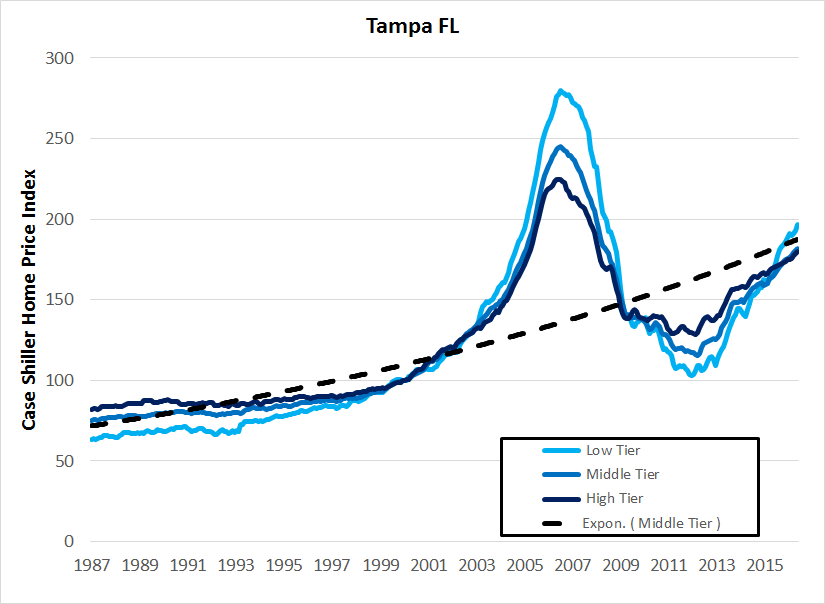 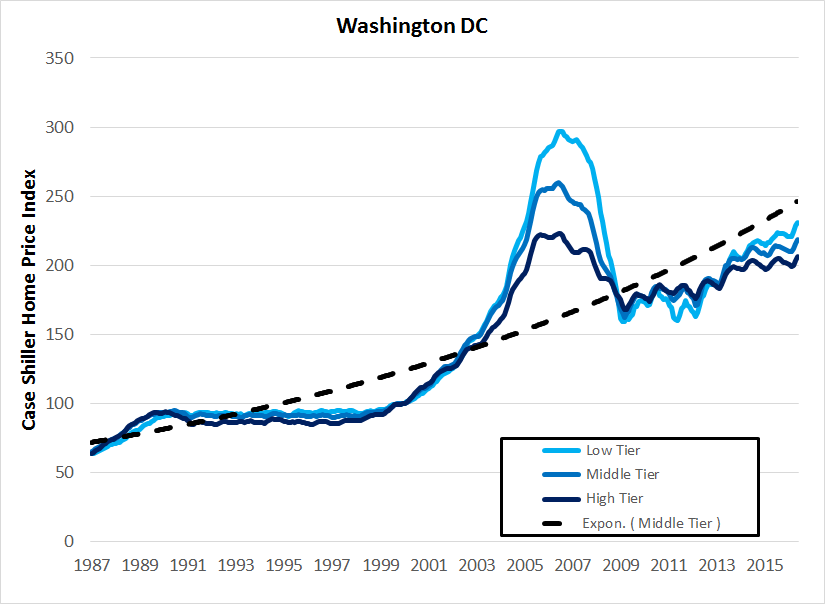